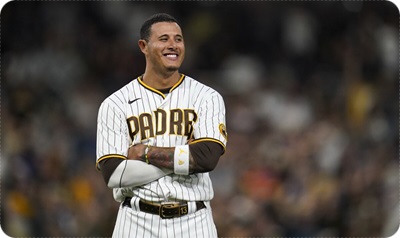 Manny Machado, who led the league in fWAR and led the Padres to their first (full season) playoff appearance in 16 seasons, is my pick as National League Player of the Year.

The Mets lead the All-Star team with five players, plus manager Buck Showalter. The Cardinals and Phillies placed two players each. The Dodgers, with a team-record 111 wins, added Mookie Betts.

Albert Pujols hit his 700th career home run and bookended his career with home runs in his first at-bat at Busch Stadium and his final at-bat at Busch. Pujols, who hit .323/.388/.715 with 18 home runs in the second half of the season, might be the best first basemen of all time.
— Kevin Brewer